Co-ordinate geometry and vectors in the plane. The equations of straight lines and circles. Basic properties of circles. Lengths of arcs of circles.

Hint: we've included this in the geometry section and not in the integration section!

Then $A(\theta )$ achieves its maximum value at

Hint: don't try to differentiate, draw a picture instead.

Hint: where does $ax+by$ take a particular value? How does the value relate to your answer to that question? How can we maximise this value? 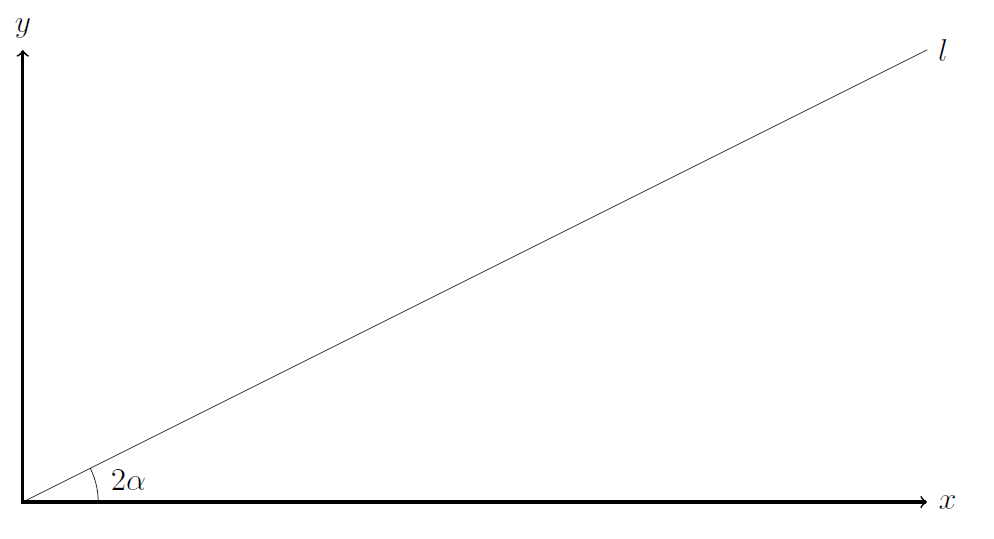 Hints: Draw a large diagram. Make sure that circle $C_1$ is touching both lines. Draw in any relevant radii and mark any right angles. It's interesting that we've been told that the angle is $2\alpha$ rather than $\alpha$. Maybe sketch the angle bisector just to see what happens?

For part (iii) we're asked to make the circles touch. We could convert that to an algebra problem (something about having a unique solution rather than two or zero solutions), but it's more straightforward to stick to ideas from geometry. Draw a diagram where the circles just touch. Does anything special happen with the distance between the centres?

For part (v) note that circle $C_3$ doesn't matter any more; this part of the question is just about the first two circles $C_1$ and $C_2$ again.

Here's some content on ellipses. Just to be clear, ellipses are not on the MAT syllabus!

That gives you ellipses that are lined up with the $x$-axis and $y$-axis (in the sense that the longest distance across the ellipse and the shortest distance across the ellipse are both lined up with the axes). But what if we see something like $(x-y)^2+4(x+y)^2=9$? That looks a bit like the equation for an ellipse above, and if we sketch it (for example, by typing it into a curve-sketching website like Desmos) then it certainly looks like an ellipse! 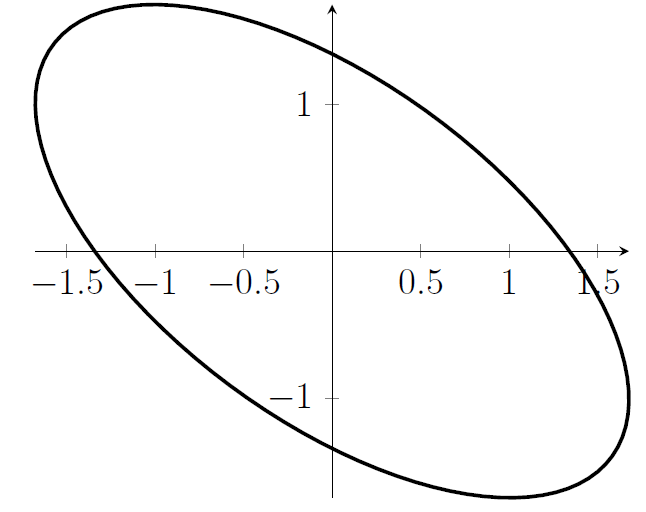 In fact, it is an ellipse, but one that's been rotated and stretched. Rotations like this are not on the MAT syllabus, but you might learn about them later on in A-level Maths or Further Maths or equivalent, especially if you learn about matrices.

If we're given something like $Ax^2+Bxy+Cy^2=r^2$, then we're faced with quite a difficult problem to work out whether it's in the form above (sort of like completing two squares at once!). At Oxford on our mathematics degree, we teach people how to deal with these expressions, which are called ``quadratic forms". I won't explain the logic here, but it turns out that the expression there represents an ellipse if and only if $B^2<4AC$ (does that expression seem familiar?)