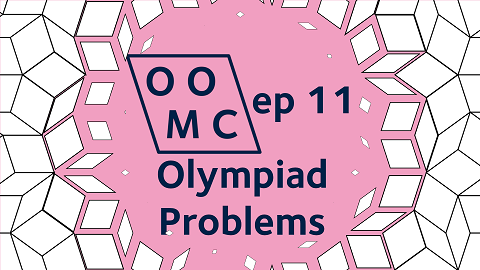 In episode 11, Ittihad shows us a variety of cute olympiad-style problems!

You’ve met something like this already if you’ve seen the “change of sign method” – suppose $f$ is a function with $f(a)>0$ and $f(b)<0$. Then somewhere in between $a$ and $b$ there is a value $c$ say with $f(c)=0$... provided that $f$ is a continuous function, although you probably weren’t told that last part at A-level or equivalent (in fact, you might have only seen this stated as a true fact about polynomials at A-level).

Both of these problems; the monks passing each other, and the change of sign method, are consequences of the Intermediate Value Theorem; roughly speaking, this says that a continuous function going from one value to another must go through every intermediate value somewhere in between. Here’s a Khan Academy video that introduces the Intermediate Value Theorem, if you’d like to see a technical statement of the theorem.

Here’s the geometry question that we put on screen at the end of the livestream. You’ll need to find a good angle of attack for this one. 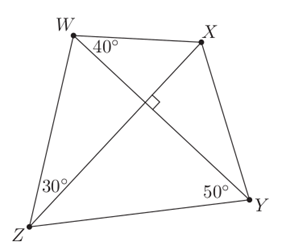 We didn’t have time for this problem in the livestream. Some of you might have seen it before since it’s a bit of a classic problem, but for the people seeing this problem for the first time; it’s a classic for a reason- it’s a great problem!

You’re given a square grid made of 8 by 8 small squares, but with two opposite corner squares removed. You’re also given a collection of 31 dominos- each domino is a 2 by 1 rectangle that can exactly covers two adjacent squares. Can you cover all of the 62 squares with the dominoes? 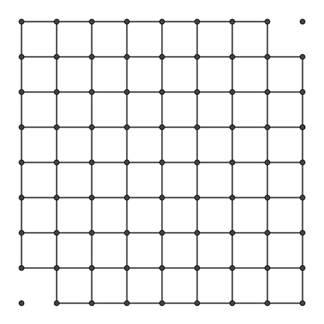 Ittihad likes the book “Problem-Solving Strategies” by Arthur Engel as a source of interesting Olympiad-like Mathematics problems. That book seems to be quite expensive though, if you want to legally own a physical copy of the book; I think it might be out of print.