For centuries a “computer” was a human who computed, initially entirely by hand, with mechanical calculators, and devices for collating data stored on punched cards, more common from around 1900.  Records are sparse, but there are many examples where the data analysis and detailed calculation underpinning scientific papers were done by women, often uncredited, and unpaid. Right from the start of modern digital computing in Oxford, in the 1950s, women were involved in every aspect of research, teaching, and providing computing support across the university. 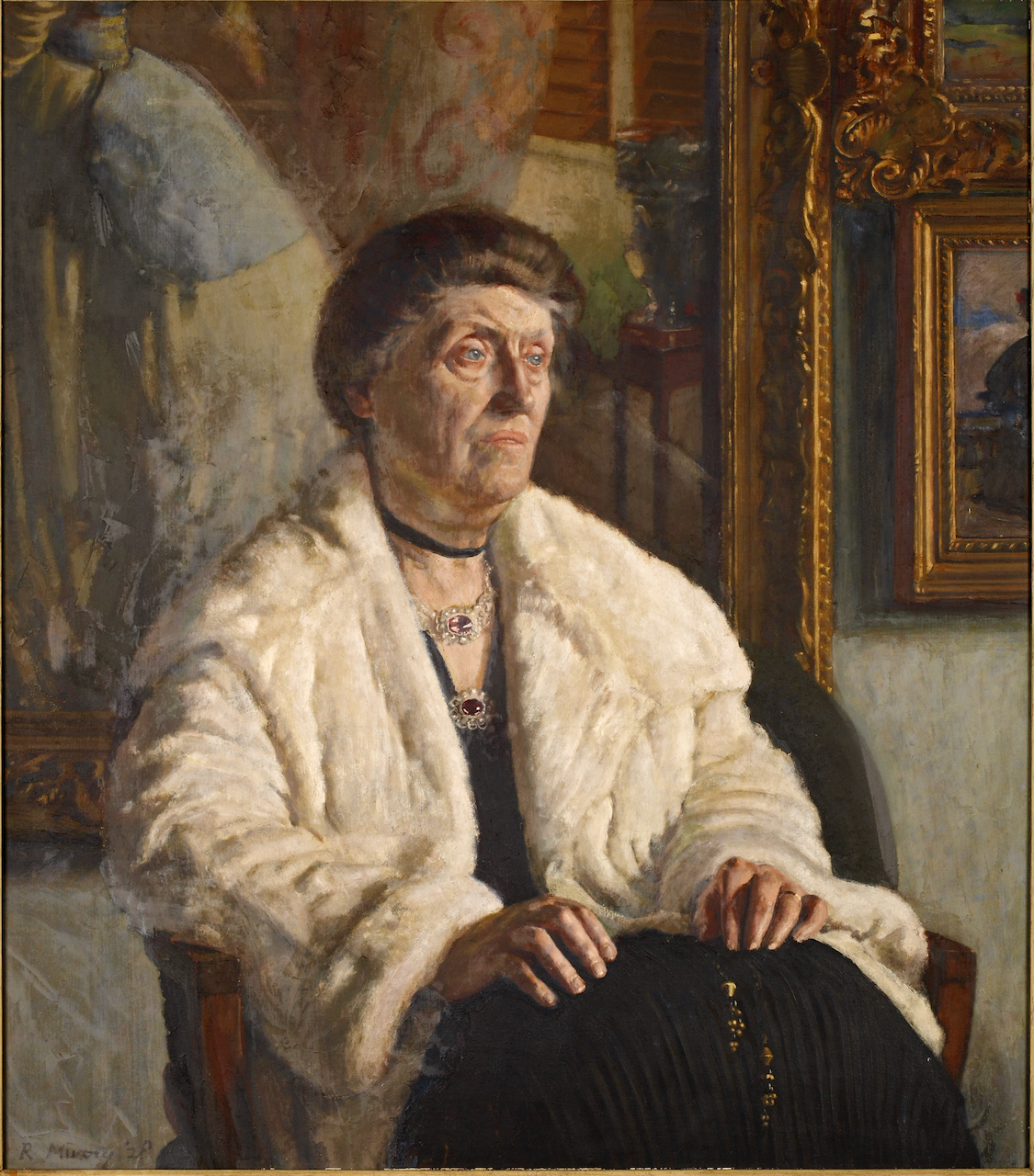 Florence Joy Weldon, nee Tebb (1858–1936) studied mathematics at Girton College, Cambridge, and worked closely with her husband, Raphael Weldon, Oxford’s Linacre Chair of Zoology, applying techniques developed by the statisticians Francis Galton and Karl Pearson to biological data.  For example, in 1892, 23 measurements were taken from each of 1000 adult female shore crabs from the Bay of Naples, and analysed to show that 22 of the 23 features were normally distributed, and one was bimodal.  In his lifetime, Weldon’s papers did not mention his wife: manuscripts completed by Pearson after his death acknowledge “F. J. W.”.  Florence Weldon gave a significant collection of French paintings to Oxford’s Ashmolean Museum, where a gallery is named for her.

Mary Adela Blagg FRAS (1858–1944) was a self-taught mathematician living in Cheshire, who became interested in astronomy in her 40s, and worked, unpaid, with Oxford’s Savilian Professor of Astronomy, Herbert Hall Turner, to analyse data on variable stars, and to catalogue features on the moon’s surface.  She noted the “very considerable labour” required in the reconciliation of substantial conflicting data sources. 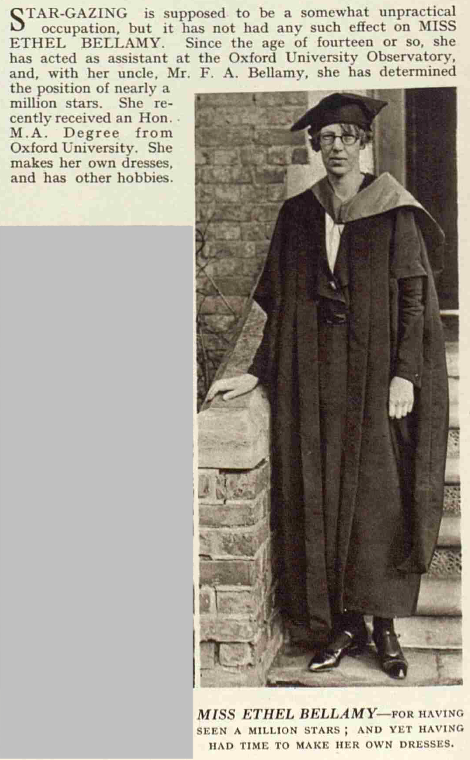 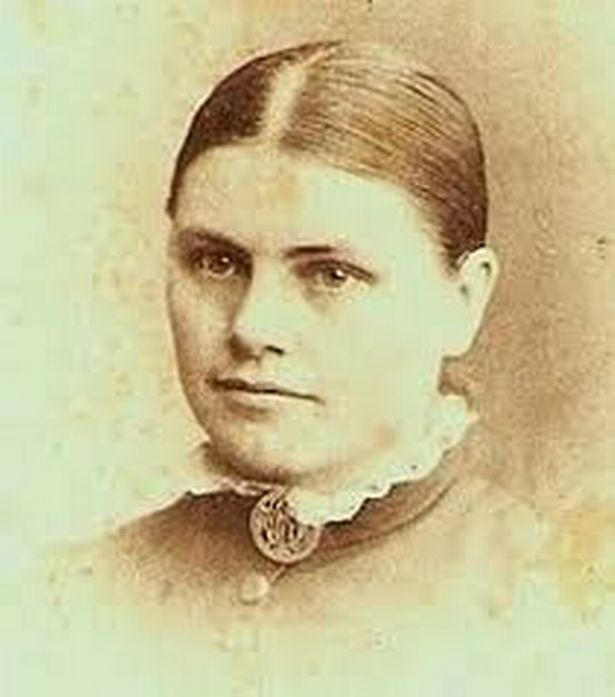 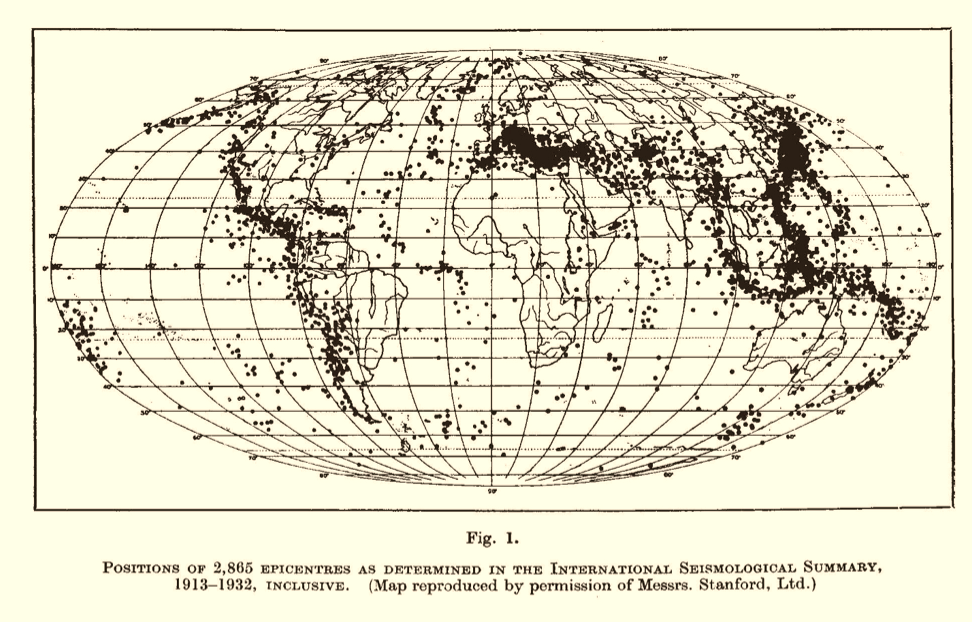 Likewise with no formal qualifications, Ethel Frances Butwell Bellamy FRAS (1881–1960) was employed at the Radcliffe Observatory for over 50 years, working on star catalogues.  From 1913-1946 she edited the International Seismological Summary, organising records from 600 earthquake observation stations around the world, and using this data to compute the epicentres of earthquakes. She was awarded an Honorary M A Degree in 1934. 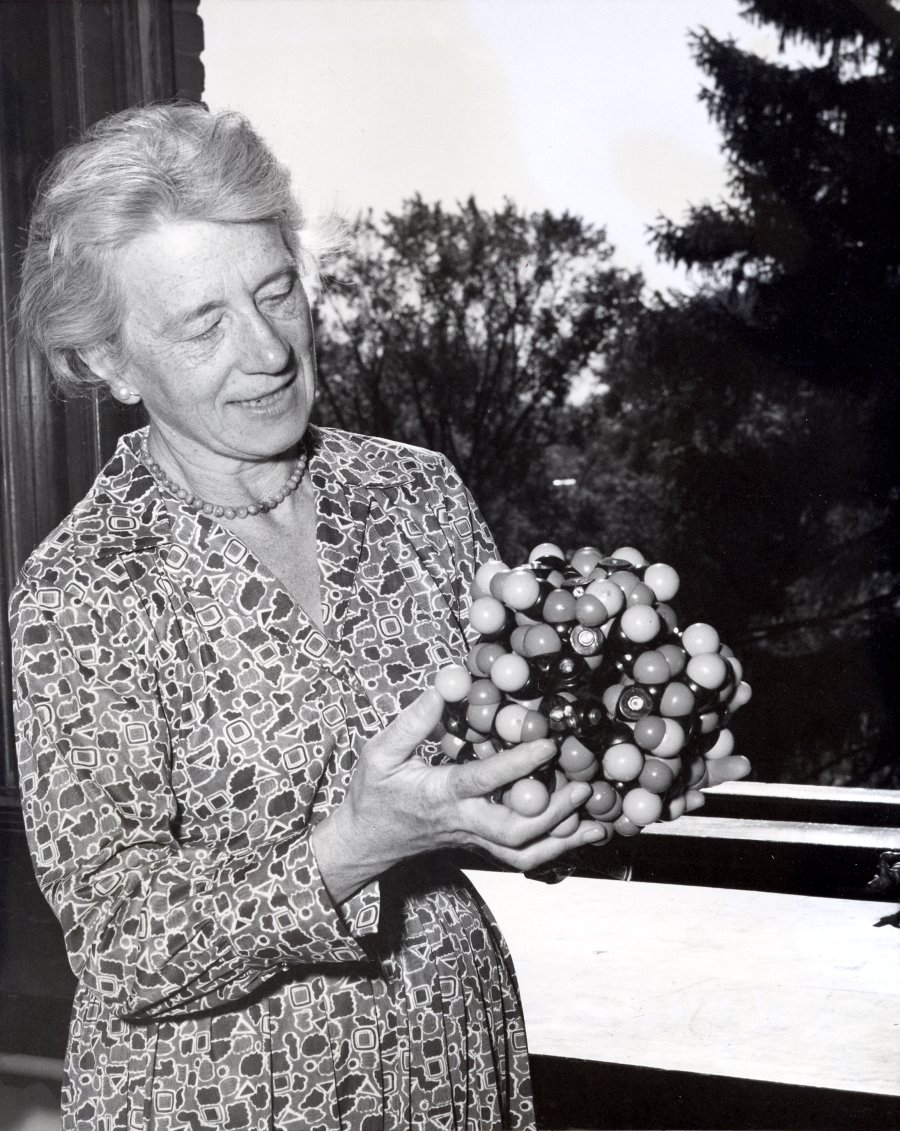 Oxford’s first colleges for women opened in 1870: Oxford awarded degrees to women from 1920, and Cambridge from 1947.  Dorothy Maud Wrinch (1894–1976) studied mathematics at Girton College, Cambridge, the only woman in her year to reach the level of a First Class Degree.  The first woman to teach mathematics to men in Cambridge, she worked with Bertrand Russell on logic, later working on mathematical biology.  Moving to Oxford in 1922, the only roles open to her were temporary teaching posts, and she moved to the USA in 1938: in 1929 she was the first woman to receive an Oxford DSc.  Her study of the mathematical structure of sponges led her to compute and publish tables of the values of certain Bessel functions, and she was the only female member of the British Association Mathematical Tables Committee, which coordinated such work.  Her later biological work proved controversial. 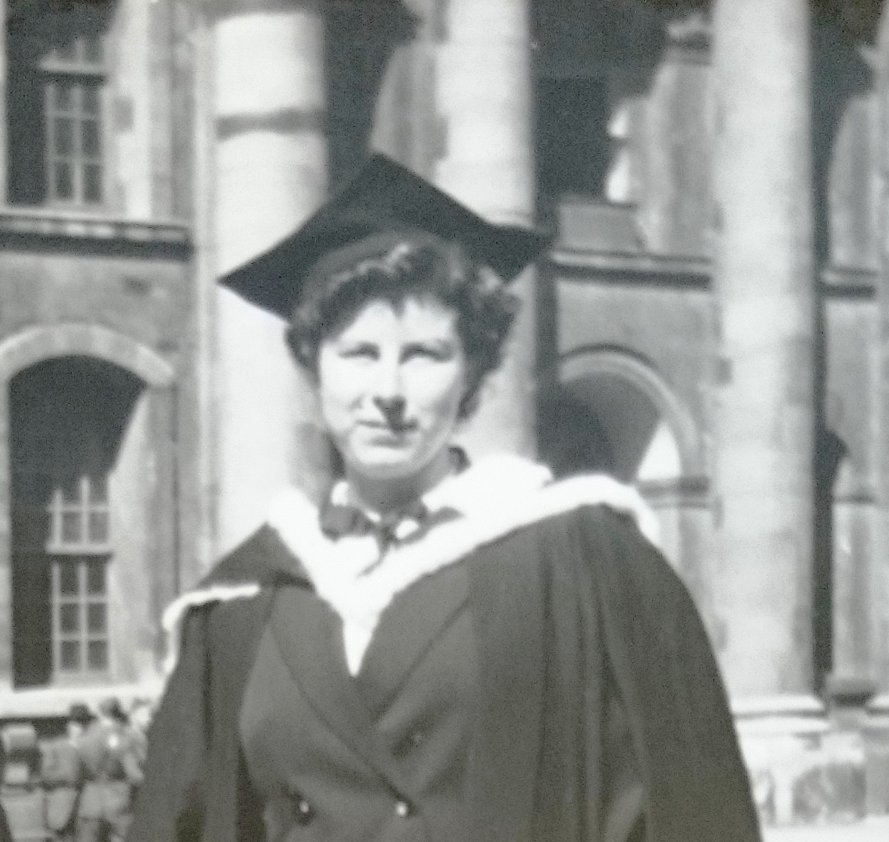 Ann Mitchell (1922-2020) was one of only 5 women admitted to study mathematics in Oxford in 1940: on graduation she joined Bletchley Park, among 6000 women and 2000 men involved in every aspect of organising, decrypting and analysing German messages.  Mitchell’s work included scanning the possible decryptions suggested by the electro-mechanical Bombe machines, to eliminate quickly those which did not correspond to the German language.  She later worked as a social policy researcher in Edinburgh. 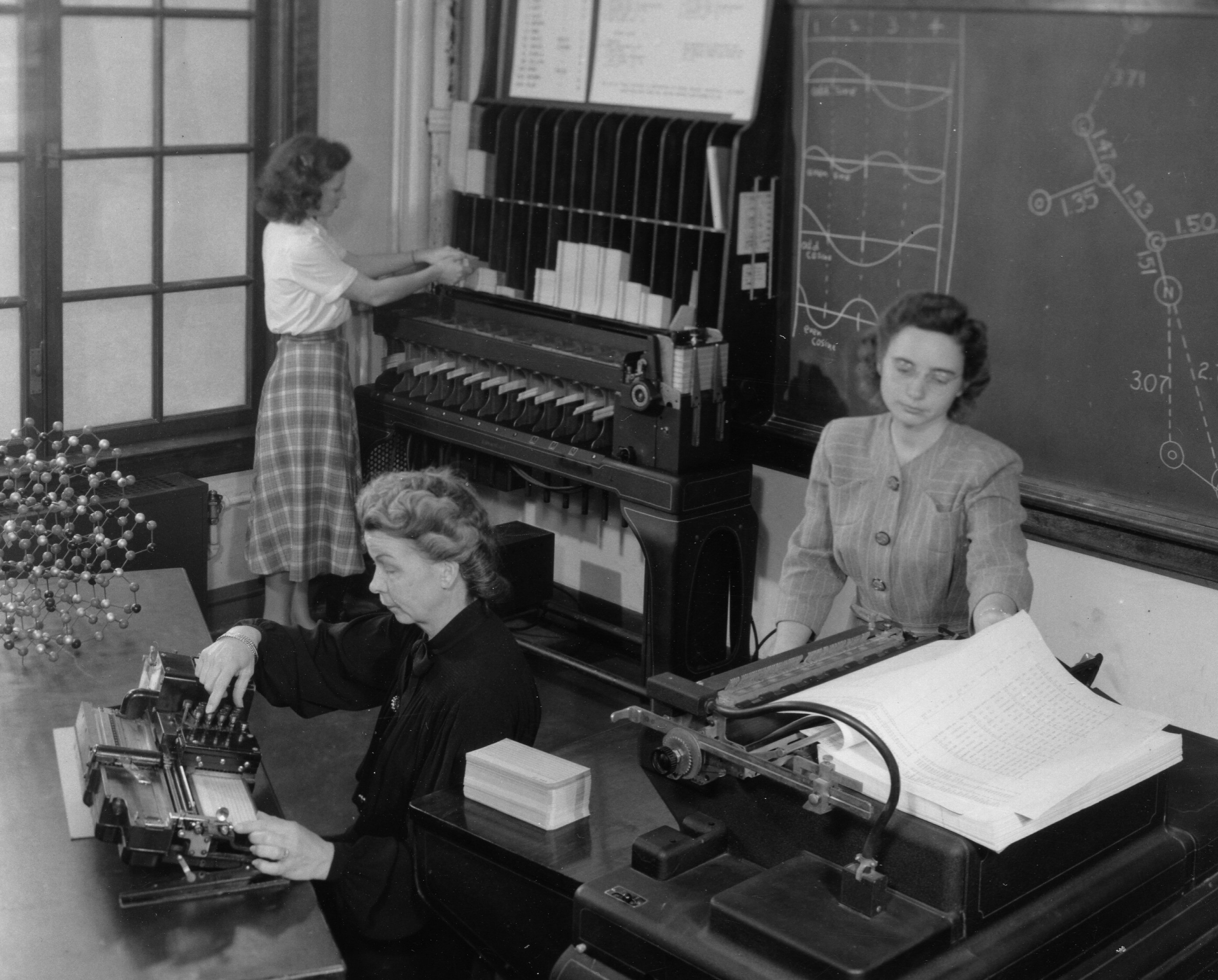 Crystallographers, already using punched cards and electro-mechanical devices to store, sort and analyse data, were among the most demanding users of early computers. 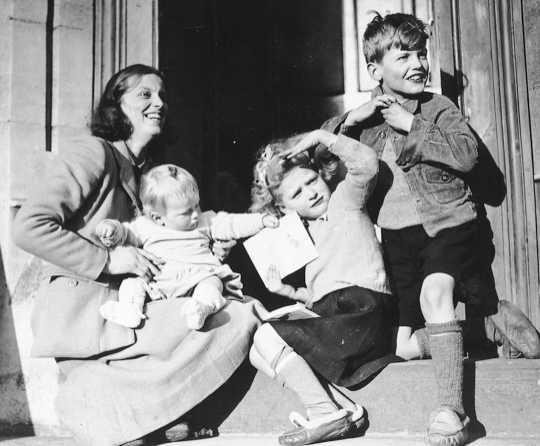 Dorothy Crowfoot Hodgkin (1910-1994), a fellow of Somerville College and later Wolfson Research Professor, received the Nobel Prize in Chemistry in 1964 for her work on the structure of penicillin. Initially making use of facilities elsewhere, Hodgkin chaired the committee to advise on Oxford’s first computer purchase, insisting in 1952 that the pioneering Cambridge and Manchester machines did not have enough memory for her needs.

Around 1970, while in charge of computing for Hodgkin, Eleanor Dodson FRS, later a Professor at York, adapted early plotter software to produce one of the first machine drawings of insulin structure, now held in the Bodleian LIbrary.

In 1957 Leslie Fox (1918-1992) was appointed Oxford’s first Professor of Computer Science, and Director of the Computing Laboratory.  The Lab installed Oxford’s first large computer, a Ferranti Mercury, in 1959, and became a leading centre for research in numerical analysis and scientific computation, as well as running a computing service and training courses for the whole University. 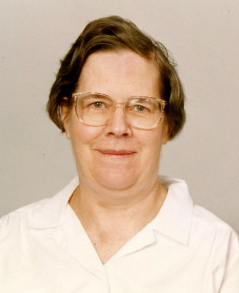 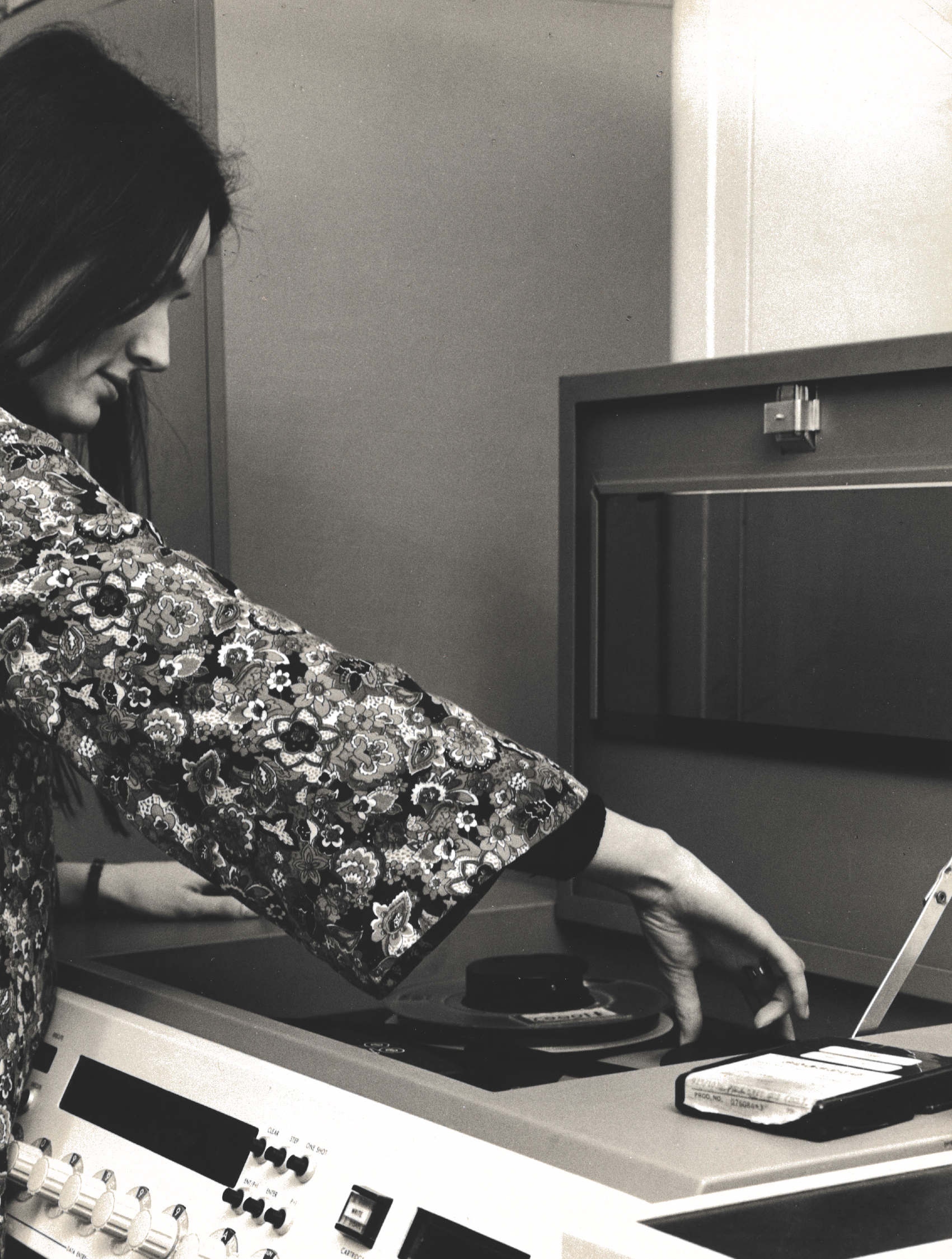 In 1960 Joan Walsh (1932–2017), Fox’s first DPhil student, was awarded Oxford’s first DPhilin Computer Science for her thesis “Numerical solution of partial differential equations using a high speed computer”. In 1970 Walsh, with Brian Ford, Linda Hayes and Shirley Lill (now Carter), developed a pioneering library of machine independent software, the cornerstone of what is now the Numerical Algorithms Group Ltd, one of Oxford's oldest software companies and  and celebrating its 50th anniversary in 2020.

Walsh was later a Professor at the University of Manchester, Lill founded two database companies which became key to many e-commerce sites, and Hayes stayed in Oxford, holding senior roles in Oxford University Computing Services, now IT Services. 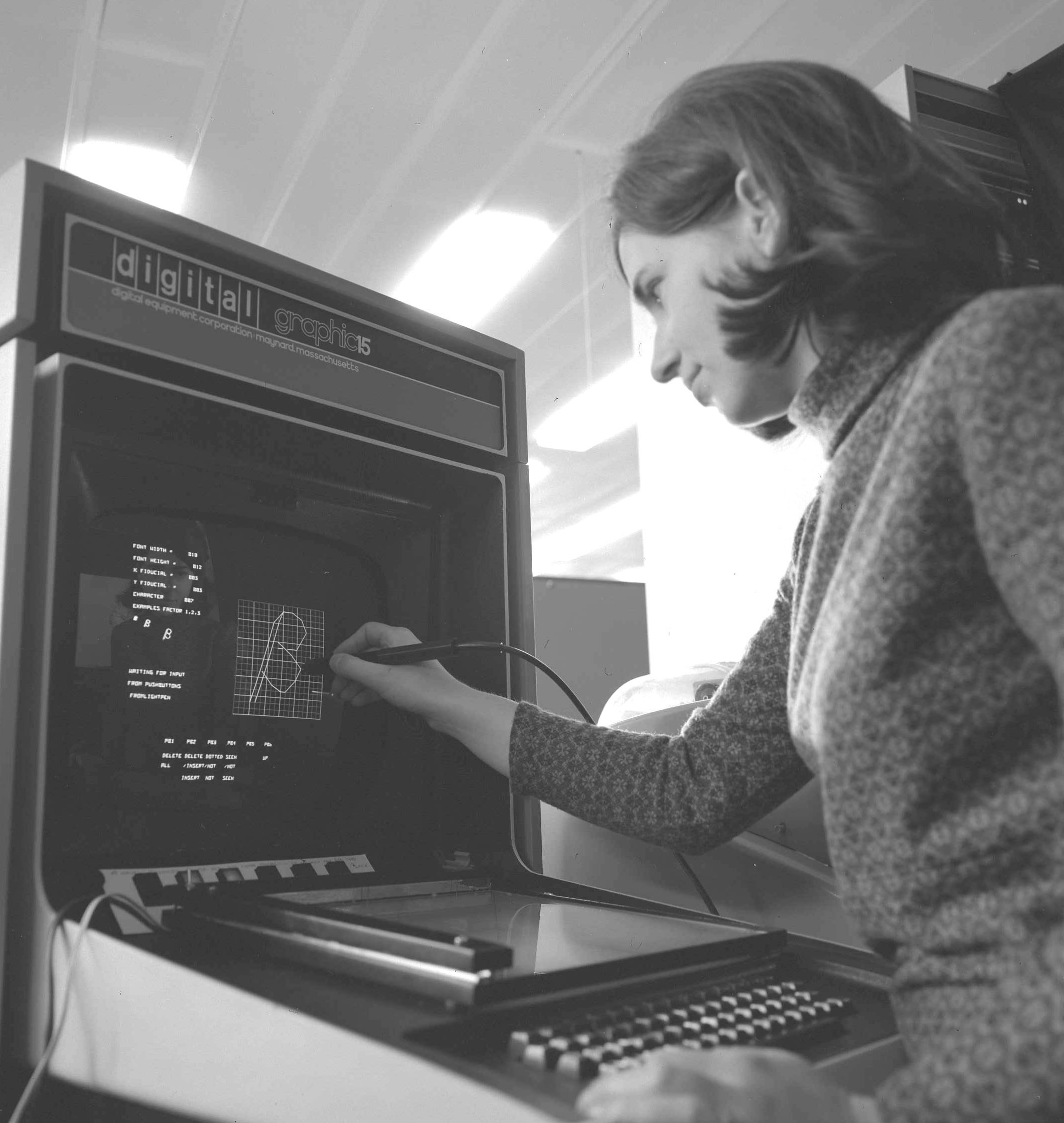 OUCS brought computing resources and training to the rest of the university, and Oxford was a pioneer in what is now called digital humanities: Susan Hockey, later a professor at University College London, whose first degree was in Egyptian with Akkadian, developed some of the first screen-based fonts, and co-authored the pioneering Oxford Concordance Program.

In 1966 Christopher Strachey (1916–1975) joined Oxford, founding the Programming Research Group: an early research assistant, in 1969, was Julia Dain, who had learned to program in a gap-year job at Marconi, before her Oxford maths degree, and worked on Strachey’s pioneering compiler for BCPL, a forerunner of C. 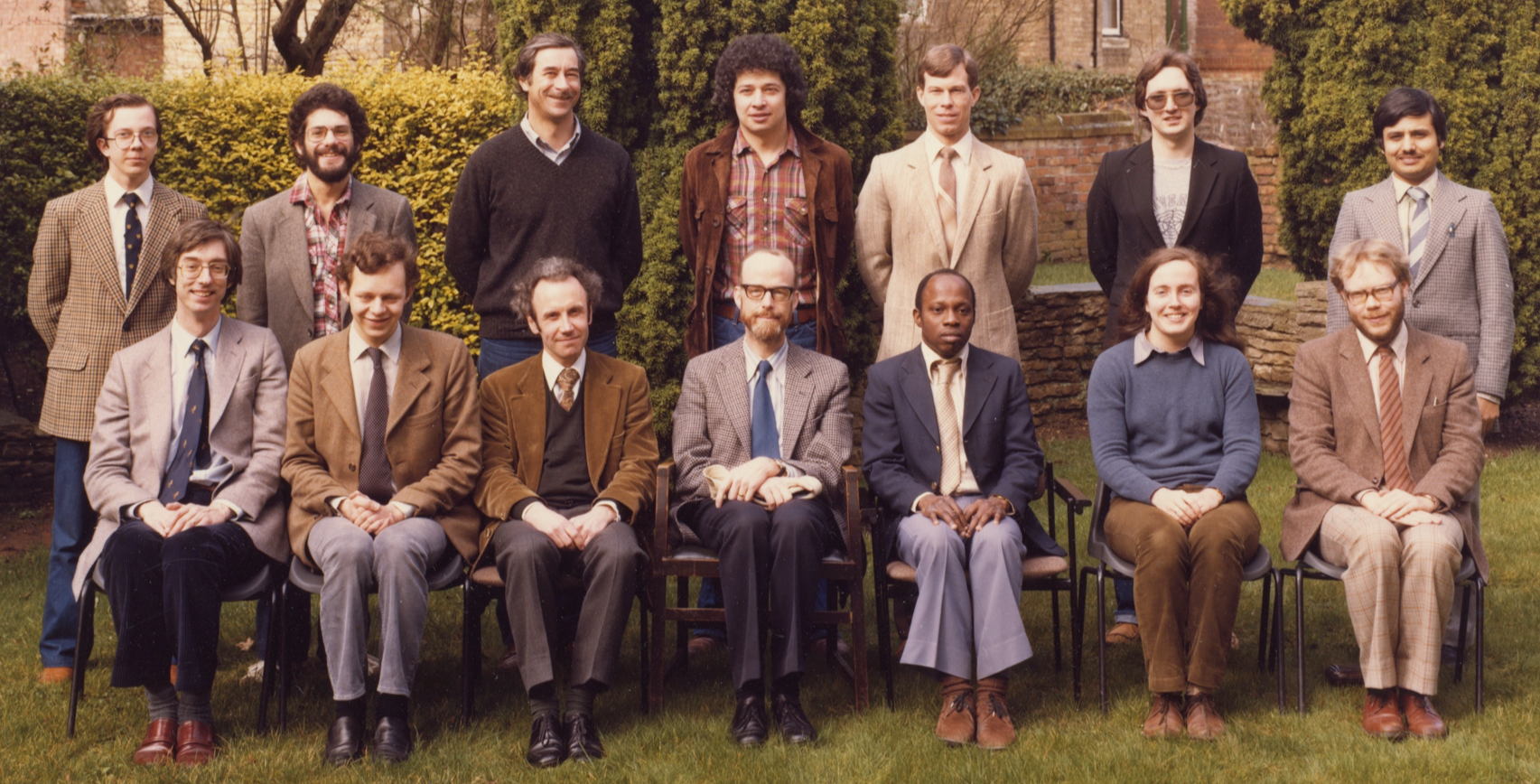 Oxford’s MSc in Computation started in 1979, then, as now, attracting students from all over the world: Leonor Barocca recalls how, her education in Portugal disrupted by political events, her 1984 MSc shaped the rest of her life.  An Oxford MSc student, coming top in her exams at a major North African University, ruefully saw a coveted scholarship to study in Europe offered to the male runner-up, before funding was swiftly found for them both.  Early students did pioneering work: in 1984 MSc student Hanan Mohamed wrote an expert system for intricate Sudanese inheritance law.  Mary Sheeran, now a Professor in Sweden, was the first woman awarded the MSc, in 1981. In 1984 she was awarded a DPhil for developing new programming languages for computer hardware, and became Oxford’s first female University Lecturer in Computation and Tutorial Fellow, at Lady Margaret Hall.

Resources  Interviews by Georgina Ferry with a number of those named are available as Bodleian podcasts: http://podcasts.ox.ac.uk/series/oxford-women-computing-oral-history

Two posters based on the above text are available here:

The work is funded by UK Research and Innovation, through grants EP/K040251 and EP/R03169X held by Professor Ursula Martin, and forms part of a broader project on the development and impact of computing.  The project also acknowledges support from NAG Ltd, Oxford Mathematics, Oxford IT services, and the Bodleian Libraries. With additional thanks for help with research from Mike Dewar of NAG Ltd; Stuart Lee of Oxford IT Services; Bernard Sufrin of Oxford Computer Science; and Jon Whiteley of the Ashmolean (who has researched  Florence Weldon in detail): and to Nina Baker, Mike Dewar, Georgina Ferry,  Cliff Jones, Nick Higham, the family of Ann Mitchell,  the Ashmolean Museum of Art and Archaeology,  the Bodleian Libraries, Oxford IT Services, and the "Computing at Chilton" website http://www.chilton-computing.org.uk/ for help with images.