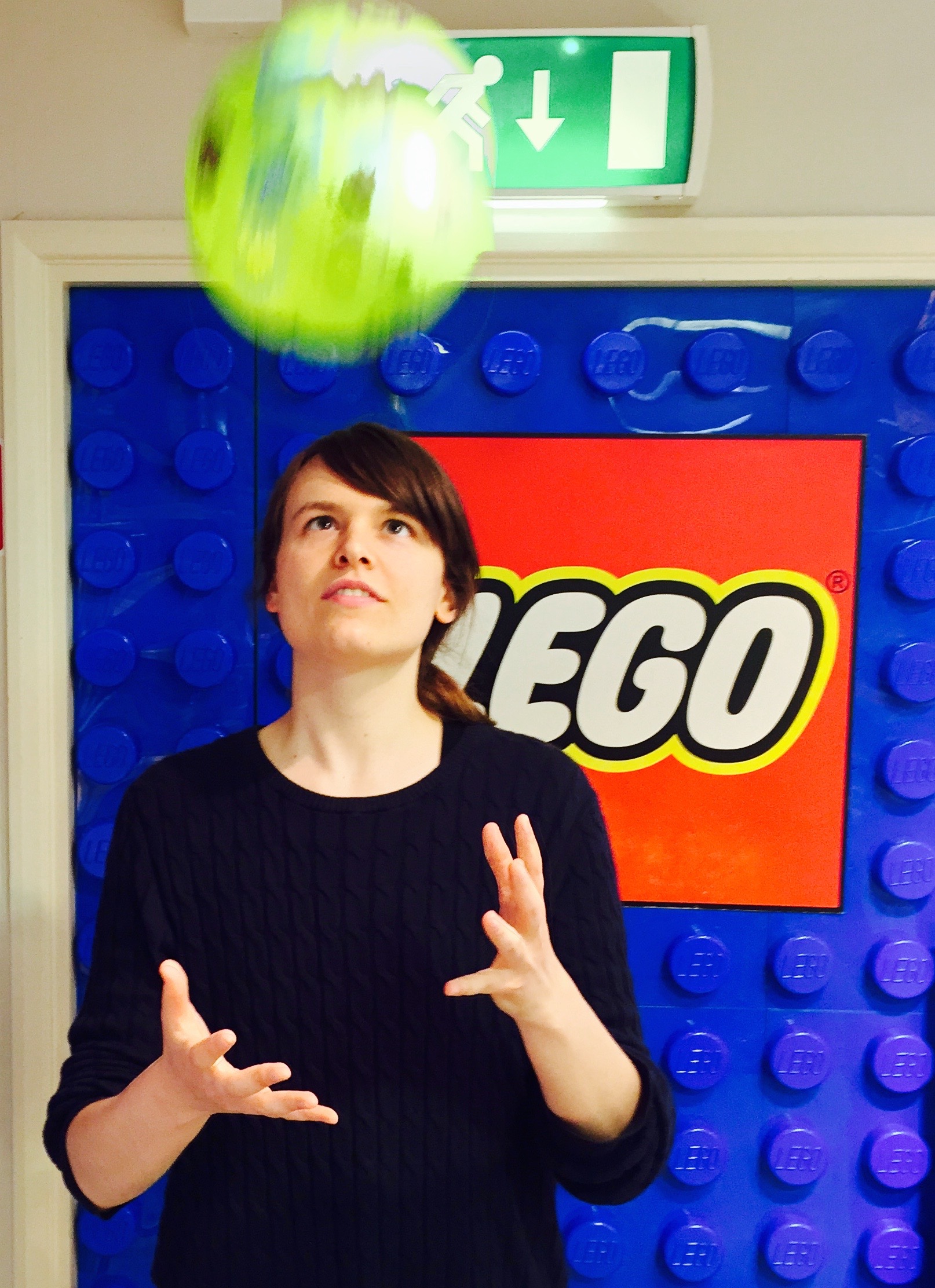 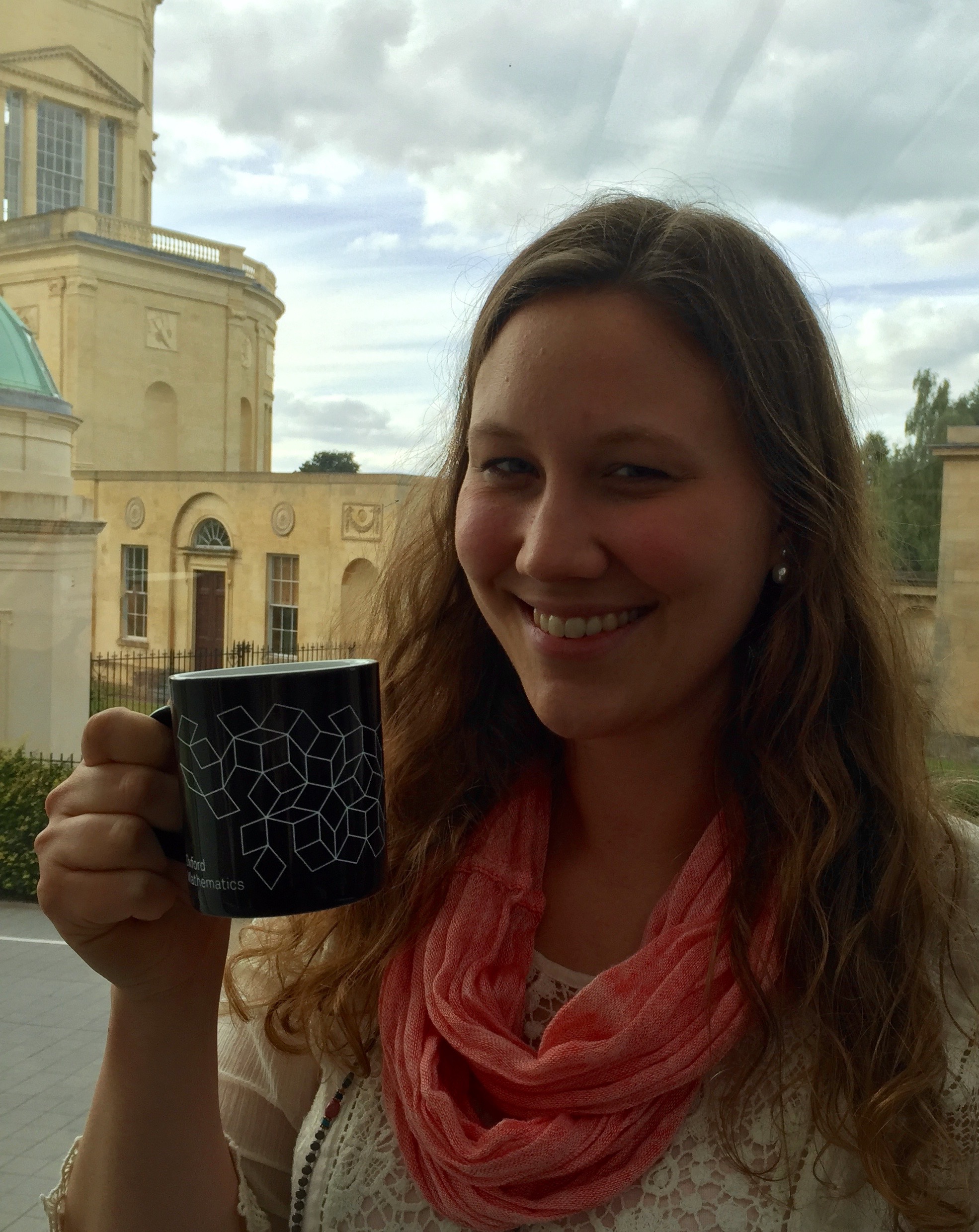 Barbara Mahler and Bernadette Stolz are DPhil students in the Wolfson Centre for Mathematical Biology. They use concepts from topology, in particular persistent homology, to study biological systems.

Euler's Formula and Topology - an article and set of problems on nrich gives an introduction to concepts in topology. Also on the nrich website Painting by Numbers and Torus Patterns are great activities if you want to get topologically creative.

In space, do all roads lead to home? is an article on Plus magazine that links topology with the shape of the universe, whilst Exotic spheres, or why 4-dimensional space is a crazy place is an article about differential topology.

The Institute for Advanced Study has a great introductory post on topological data analysis - using topology to make sense of large datasets.

on to persistent homology see the AMS notice on "What is Persistent Homology?" A life belt, a coffee cup, a jumping ball, a beach ball - what do these objects have in common? What sets them apart? It is questions like these that are considered in the mathematical field called topology. A method to study these questions is given by the theory of homology. We can think of homology as a perspective that allows one to distinguish shapes and forms disregarding changes made by stretching and bending. For example, homology sees no difference between the beach ball and the jumping ball, which can be constructed from the ball shape by pulling out two fingers. No cutting and no glueing is necessary for this deformation. However, if we wanted to obtain a life belt from a beach ball, we could not just bend the beach ball into shape, but we would need to cut and glue in various places. This is the reason why according to homology those objects are not the same. Loosely speaking, homology counts the voids/holes and components of an object. Homology is a mathematical way of counting different types of loops and holes in topological spaces. A life belt has two different loops: One surrounds the hole in the middle which can be occupied by a swimming person. The second loop surrounds the inflated inside of the life belt. Similarly, a (hollow) coffee cup has two different kinds of loops on its surface. Every loop on a beach ball can be contracted to a single point. However, if we cut the beach ball open, we find a hollow inside, i.e. a higher dimensional hole.

You can only change the number of voids/holes and components of an object if you cut and glue. Conversely, by bending and stretching the number of holes/voids or components does not change. Homology is therefore a so-called topological invariant. One consequence of looking at the world through homology is that a mathematician does not know whether she is drinking coffee from a life belt or a coffee cup - the components and voids of both objects can be deformed into one another (assuming that the coffee cup has hollow walls).

Mathematically, homology associates a number of algebraic objects to topological spaces such as beach balls and life belts. There are different types of homology theories. For example, in simplicial homology, one simplifies topological spaces by using building blocks such as points, edges between points, triangles (consisting of three points, three edges and a face), tetrahedra etc., which are called simplices. One can combine these building blocks into scaffolds of the topological space, called simplicial complexes. For example, we can use the following scaffolds for the beach ball and life belt: The applications of homology are manifold(s). For example, within mathematics one can prove that there is no possibility to deform a two-dimensional space into a three-dimensional space. Oxford researchers Frances Kirwan and Ulrike Tillmann use homology for their work on moduli spaces of Riemann surfaces. In computer science, Oxford scientist Samson Abramsky uses homology in his research on contextuality. Even in biology, there are applications of homology to study the vast amount of data that is available. A method that is used by Oxford mathematicians Peter Grindrod, Heather Harrington, Florian Klimm, Barbara Mahler, Nina Otter, Mason Porter, Bernadette Stolz and Ulrike Tillmann on biological data is persistent homology. They use this method to for example study diseases such as cancer, and processes in the human brain.