A World History of Mathematics

Much of the mathematics that is done throughout the world today is essentially European in style. This is a legacy of European colonialism, which saw the export around the globe of a specific approach to mathematics: one derived from the ideas of the ancient Greeks, and based firmly on the notion of proof.

Until recent decades, the study of the history of mathematics has tended to focus on the history of this European mathematics and on the works of the 'great' white European men. However, other parts of the world have had, and continue to have, their own mathematical traditions, though in many cases little record remains of the individuals who were involved in these developments.

A series of new posters, to be displayed in the mezzanine of the Andrew Wiles Building and online, aims to provide a taste of the different types of mathematics that have appeared throughout the world, and to show that these are as much a part of the story of mathematics as the tales that are traditionally told of the prominent European mathematicians. 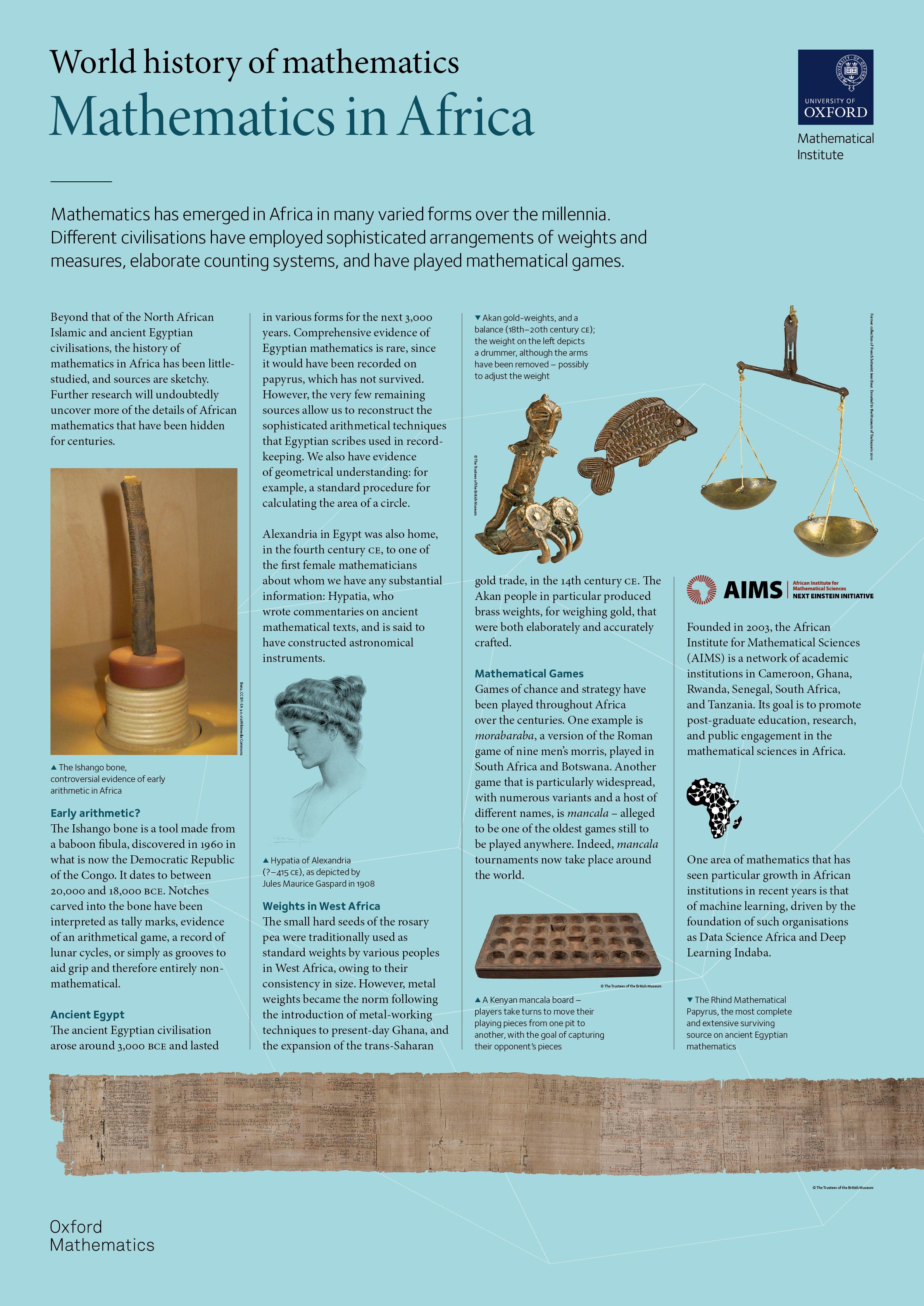