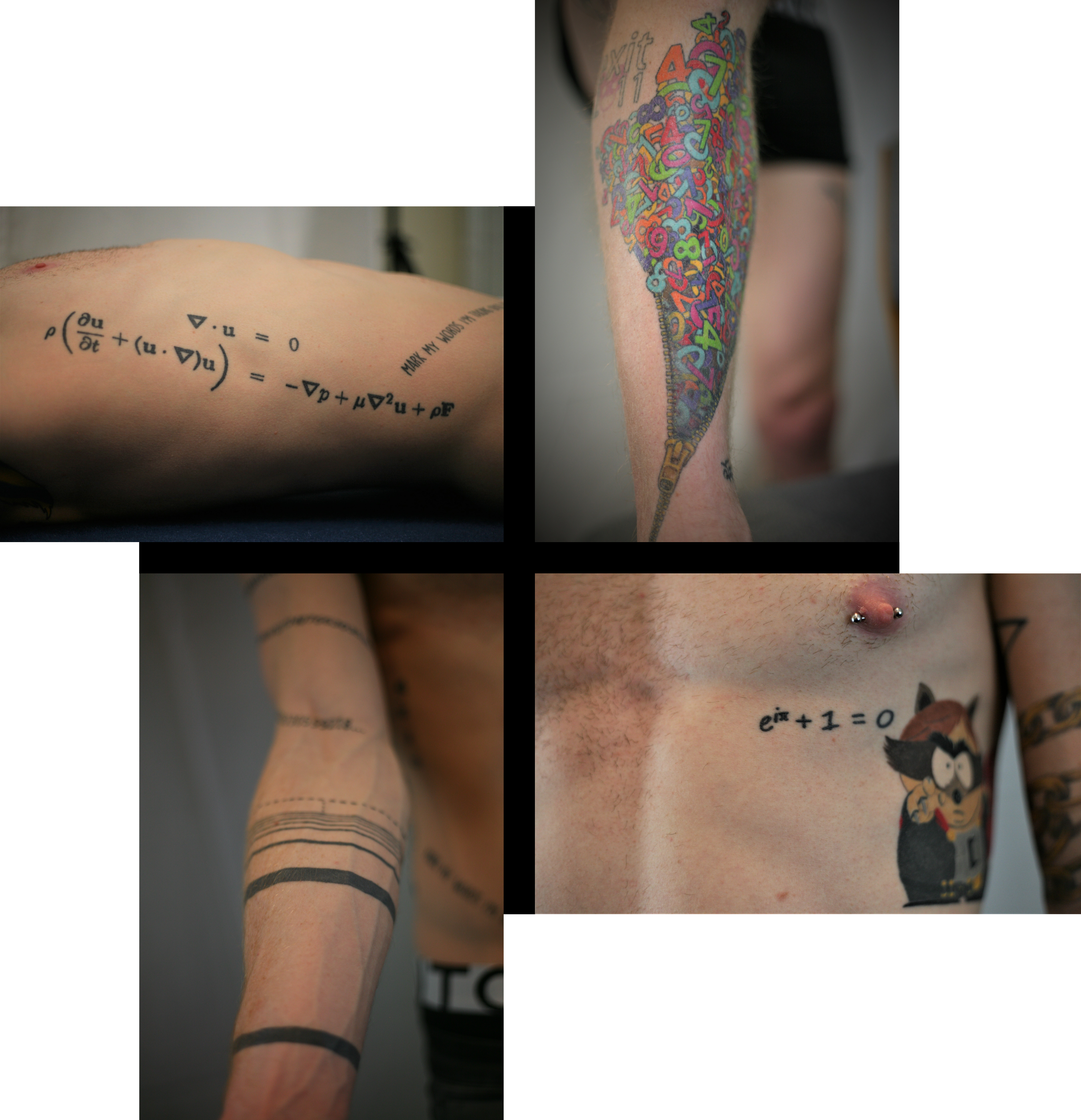 These photos, taken by Christopher Uren, show a selection of the mathematical tattoos of Tom Crawford.

The position of the Navier-Stokes equations on the ribs allows them to move freely with the motion of the body, much like the flowing of the liquids they model.

A personal homage to the subject of maths. The vivid colours signify the brightness that maths brings to the world.

Euler's identity combines five of the most important mathematical constants into a single elegant equation, and as such is described by many as 'the most beautiful equation' in maths.

The lines represent the first seven terms in the Basel Problem, up to the final limiting value of Pi squared over 6, which is shown as a dashed line. The distances between successive lines is to scale, as is the thickness of the lines.